The first phase consists of six units positioned around a private inner courtyard. There will be five classrooms housing the nursery and the kindergarten plus a lavatory unit. Once the second phase starts, one of the classrooms will become an office unit, used by the teachers and volunteers. The total number of pupils will be around 150-200, all between 3-5 years old. 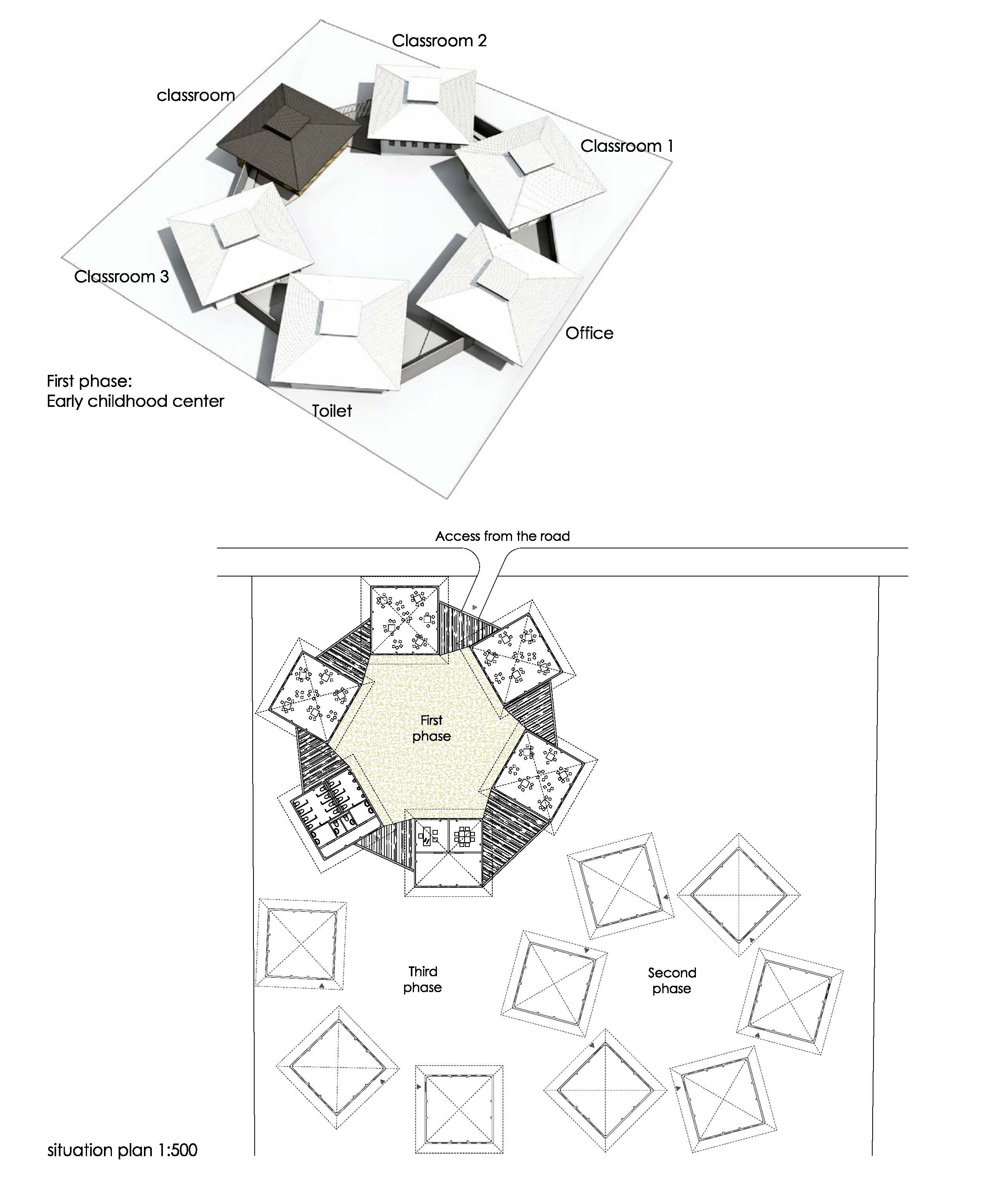 The preliminary construction plans and the detailed budget plan are already done, as well as the various visualizations of the interior and exterior of the classroom units. Each unit is an open space of roughly 7×7 meters and can accommodate a maximum of 45 kids. One of the main goals regarding the design of the units, was that they allow for good natural ventilation. There are six big windows on each side of the room allowing for cross-ventilation. Additionally, there is an opening on the top of the roof, so that then when the lighter hot air raises it can leave the space of the classroom. 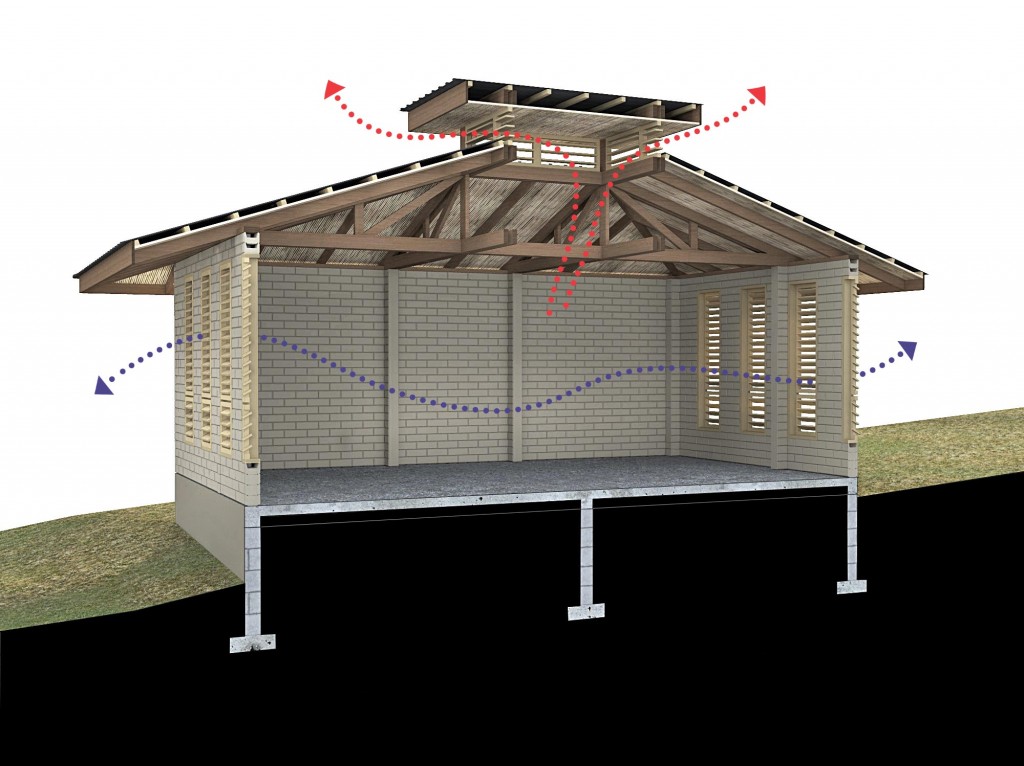 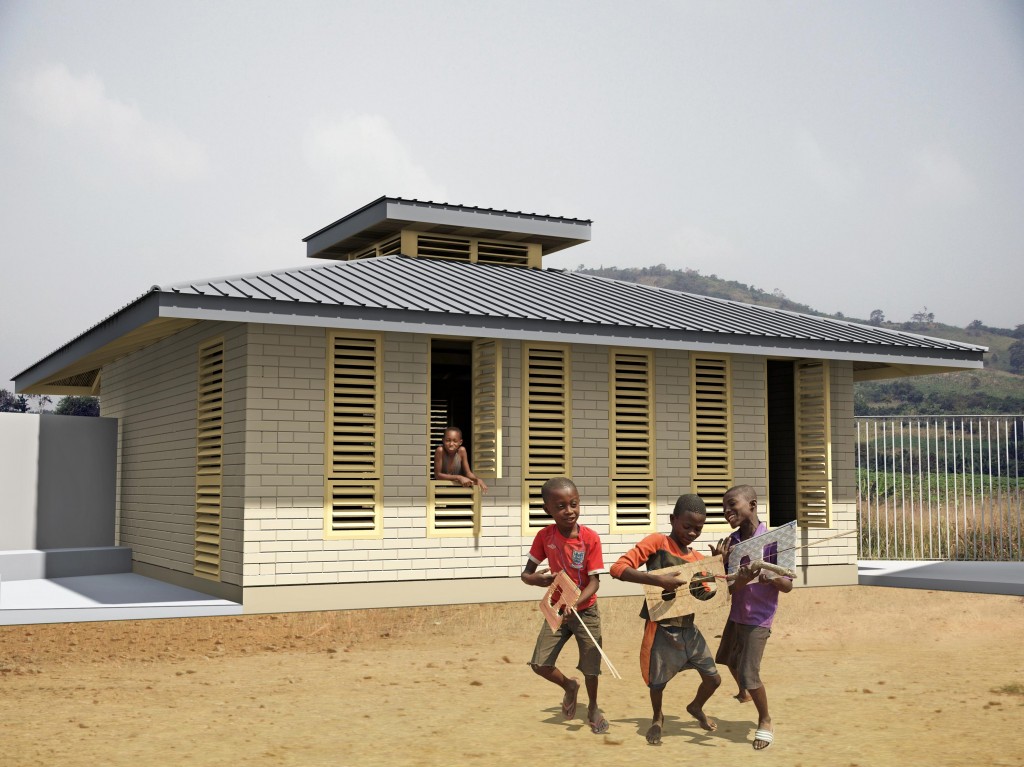 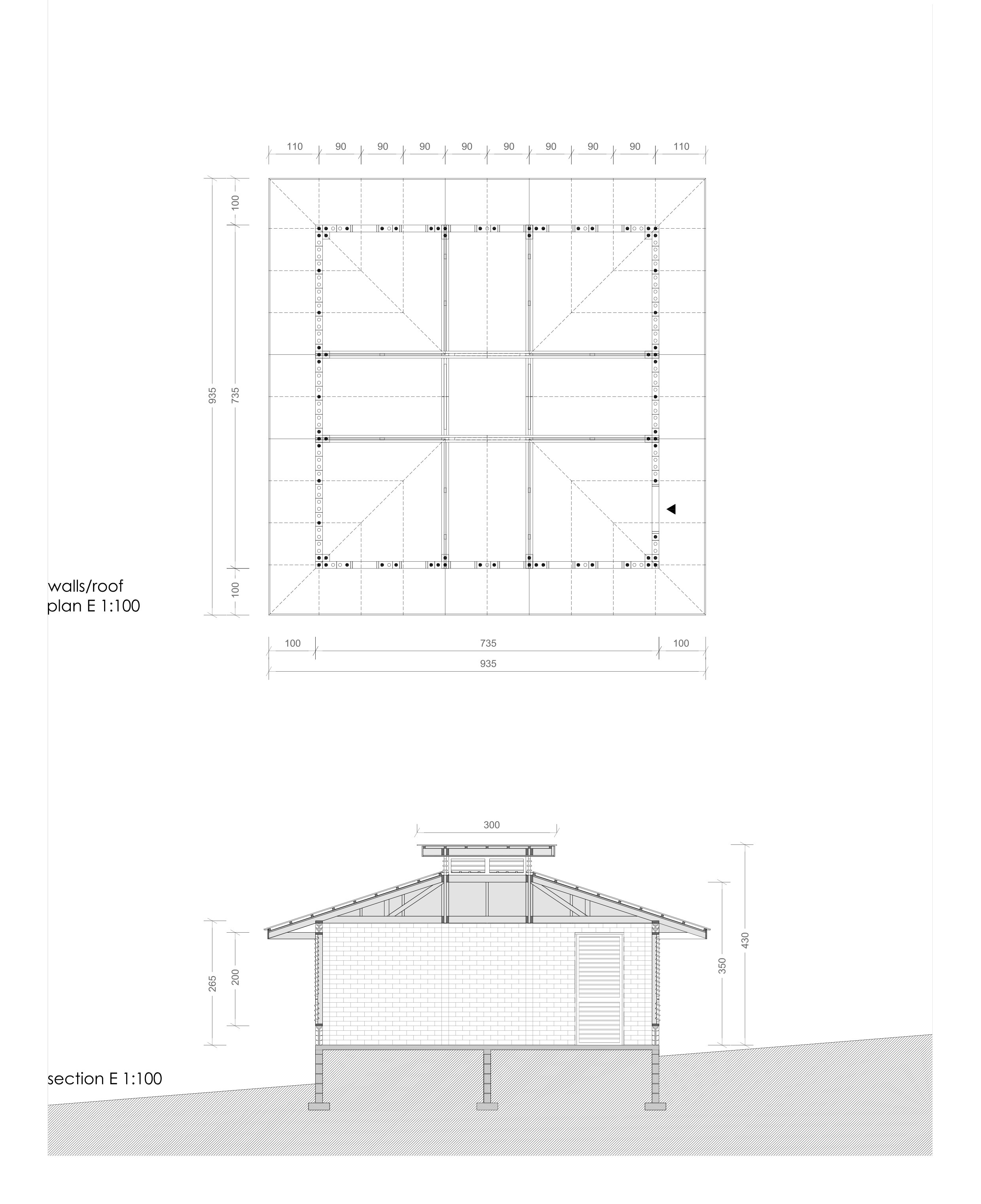 The benefits of the early education for children aged 0-5 have been proven through numerous studies and are taken as a matter-of-fact nowadays. This is a period where a child develops the most and where the foundations for most abilities are rooted – how to speak, learn, think, interact socially etc. On top of that all subsequent learning is hugely dependent on that phase – adequate early childhood education (ECE) better prepares the children for the primary school and ensures that they don’t fall behind in later education phases.

Although the Ghanaian government has policies that state children should attend a kindergarten at least by the age of four, in rural areas that is hardly the case – many kids don’t even attend the primary school and enrolling a child in an early childhood centre would be considered as a huge luxury. The local organization sees it as a very important base in order to improve the education of the children in the area and set some higher standards, as well as providing equal ratios for boys and girls. Working with the local chiefs and the community they hope to raise the level of awareness regarding this issue and manage the sponsorship programs that would allow the poorer children to attend the class for free.